Is There Still a Huge Stigma Over Graduates vs Apprenticeships?

Apprenticeship or University? The debate that continues to exist in educational fields, despite changing times and government provisions.

The statistics are stark. Research by City and Guilds group in 2020, found that even though apprenticeships are considered more advantageous than university degrees, many would still consider attending university above completing an apprenticeship.

The research involved almost 2,000 adults in England, and found that apprenticeships are believed to be better value for money, at 57% vs. 5% for universities, better at providing skills with longevity, 39% vs. 13%, and better at preparing people to enter the workplace, 54% vs. 6%.

Yet, when respondents were asked what routes they would consider for further development of their workplace skills, the vast majority said that they would rather attend university (50%) than do an apprenticeship (30%).

Apprenticeships are regarded as higher risk due to their specific nature, perhaps leading to somewhat reduced levels of mobility across different industries. Whereas degrees are often associated with greater life experience and higher status, even if incorrectly assumed.

Apprenticeships are considered to be less valued by employers and less successful than degrees at providing expert knowledge and authority. Yet, due to government changes in 2017, apprenticeships can be taken up to degree level, providing exactly the same level of education.

Apprenticeships give many the chance to step into the world of work and begin earning before their university counterparts, helping to address the nationwide skill shortage and creating talented individuals. They give many the chance to experience the workplace for themselves and develop within a real world environment, potentially providing a greater understanding of the world of work and preparing apprentices more successfully for the future. Many consider the benefit of easing the transition from education to the labour market as one of the most advantageous parts of apprenticeships.

It is clear that apprenticeships need more promotion and understanding across educational institutions, as well as within the general population, in order to reduce the stigma and enlighten people to their benefits. The challenge is identifying how employers can better engage and support school, when teaching takes priority and schools success is still measured in terms of number of students going on to study for a university degree. There is no silver bullet to address this ongoing problem.

What would you recommend?

Knowing the benefits of both apprenticeships and university based degrees, do you find yourself leaning towards one more than the other? Are you a graduate yourself or did you do an apprenticeship? If you were asked to advise the younger generation on the route they should take, which do you think you would advocate for?

I find myself in these conversations all the time, and still most parents automatically lean towards a university degree as the better option and natural path for their children. Many still don’t know quite what these schemes have to offer in comparison to apprenticeships of the past and whilst the average student now leaves university with approximately £50K of debt it still seems to be the preference for many.

Nowadays, apprenticeships can be studied at different levels including; intermediate, advanced, and higher. This route offers paid experience incorporating on and off the job training and development. Upon completing their apprenticeship a successful apprentice receives a nationally recognised qualification at any of the above levels.

Furthermore, whilst many might assume that apprenticeships are confined to engineering and other trade-based jobs, they actually cover a wide variety of industries. From Business, Administration, and Law, to Retail and Commercial Enterprise, STEM subjects, and Health and Public Services – all sectors are now utilising apprenticeships as a method to secure early talent.

The growing success of apprenticeships is clear. According to government figures, in Q1 of 2021/22 there were 130,200 apprentice starters, up by 43% from 2020/21 Q1, with higher apprenticeships specifically increasing by almost 27% and all sectors showing an increase. Despite the typical image of apprenticeships leaning towards traditional roles such as engineering and carpentry, the most popular sector is actually Business, Administration, and Law, closely followed by Health, Public Services, and Care-related fields.

The statistics are also impressive for those who have finished their apprenticeships. Despite only 8% of sixth-form leavers associating apprenticeships with getting a good job, this couldn’t be further from the truth. According to further government statistics, after completing their scheme, 77% of apprentices stay with the same employer, 46% receive a pay rise, and 36% report getting a promotion.

With the UK’s National Apprenticeship Week beginning today, we want to encourage a bit of reflection. If you’re a graduate yourself, would you recommend an apprenticeship programme over a grad scheme? If you’re a parent or guardian, which would you advocate for or advise your children to choose? Does the £7million government fund to support flexible apprenticeships from 2021 – 2023 influence your decision?

Apprenticeships appear to be developing and gaining significant traction, but so is the Graduate job market. Especially for the Graduate market within certain industries such as the built environment, energy, engineering, health and pharmaceuticals, which are forecast to see between 37% and 48% growth.

Here at Amberjack, we advocate for both, and believe that the choice depends on a number of factors, and with a survey by the Times Education Commission finding that 37% of parents would prefer their child to go to university, while 36% would rather they do an apprenticeship, it seems that both options are firmly on the table.

The technology and services we pioneer allow us to work with organisations to attract diverse applicant pools with intelligent targeting, assess said applicants based on our universal model of potential, and engage candidates throughout the entire process. So, whether it be apprentices, graduates, both, or other early talent that you’re looking for, we will identify those with the highest potential to succeed. 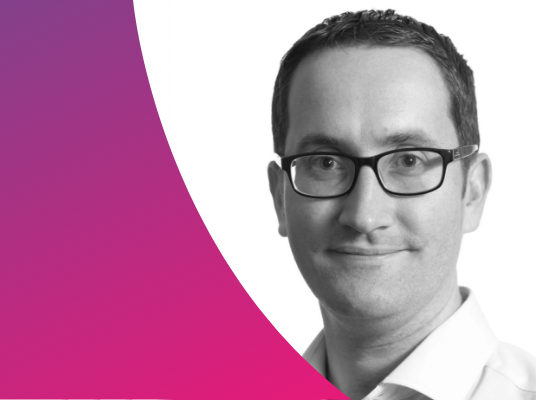 Insights
The Diversity of Diversity: Improving Your Recruitment

Insights
The Real Experience of an Early Careers Job Search