Why Early Talent Needs to Think About Neurodiversity When talking about Autism, Dyslexic, Dyspraxia, for many, the words ‘impairment’, ‘disability’, or ‘lifelong disorder’ come to mind. However, in my experience, it’s more than that… and thankfully today, they fall under the realm of ‘Neurodiversity’.

It’s great to see so many companies talking about Neurodiversity, and it is a subject area I find deeply fascinating and connected to. You see, I’m dyslexic and so I’ve seen, first-hand, the stigma associated with neurodiversity. Strange given that 10% of the population are somewhere on the neurodivergent scale.

I first became aware of my dyslexia when I was at school. I always excelled at specific subjects (like Maths, Music and more ‘creative’ subjects) but struggled with others (especially English, if you see a typo or grammatical error here, please don’t judge). I struggled with organisation (often forgetting things), remembering things (I still struggle with names and dates to this day), and my teachers often stated that I was ‘more able than my writing skills would have suggested’.

This raised too many questions and so, as I didn’t fit the ‘norm’, I was labelled as ‘disruptive’, put in the ‘special needs’ group of students and, as you can imagine, the insults from peers came flooding in.

Put simply, I didn’t fit in, and in my teens, I was too young to work out why. To be fair, back in the 90’s/00’s, most schools in the UK weren’t equipped to understand either.

At university, the ‘penny dropped’ and one of my lecturers suggested I take a dyslexia test. It was only then I started to think about how dyslexia had shaped my life, not only the weaknesses, which always took prime focus, but also the strengths. It made me great at solving complex problems, the ability to think creatively to solve problems, and an ability to vocalise things and debate (as long as you didn’t ask me to write them down).

Today, I’ve gained an ability to recognise where my strengths and weakness are, from a lifetime of creating ‘workarounds’ to my disadvantage. As such, for me, Neurodiversity is not a ‘disability’ but a strength.

But how does that relate to what’s going on in the world of Early Careers today?

Companies are under pressure to diversify the workforce and innovate, but with a very limited labour force. So, hiring for diversity, specifically neurodiversity, can help organisations to differentiate themselves. In fact, research from the Harvard Business Review, suggests that in some roles, neurodivergent professionals can be 30% more productive than those without.

Another recent Deloitte study found that companies with an inclusive culture were six times more likely to be innovative and agile. As such, rather than viewing neurodiversity as a weakness, we should define it as “the idea that people experience and interact with the world around them in many different ways; there is no one ‘right’ way of thinking, learning, and behaving, and differences shouldn’t be viewed as deficits”.

But here’s the problem, just like myself, 76% of graduates with a disability are concerned about being open about it during recruitment. 77% fear they will be discriminated against, and 72% worry they be a nuisance to employers (according to the Guardian).

“Neurodiversity may be every bit as crucial for the human race as biodiversity is for life in general. Who can say what form of wiring will be best at any given moment?”

So, what can organisations do to attract this talent?

Most importantly, organisations need to create a platform for Neurodiversity. According to the CIPD, just 1 in 10 organisations say consideration of neurodiversity is included in their people management practices, even though 10% of the UK population is neurodivergent in some way. Getting people to talk openly about this and sharing their experiences is crucial. Something I’ve seen first-hand here at Amberjack, which prompted me to write this blog.

Secondly, when it comes to finding talent, it’s important to cast a wide net. As with everything in life, there’s a tendency to do things because ‘we’ve always done things this way’. Organisations need to adapt their attraction strategy, to attract neurodiverse talent. But things don’t stop there… it’s also important to adapt your assessment process to accommodate these users also, thinking about how you’re engaging with these individuals throughout the process, from start to finish.

Each neurodivergent person is unique, abilities such as visual thinking, attention to detail, pattern recognition, visual memory, and creative thinking can help create ideas that might otherwise have been missed, but you need to create a process which engages and supports these individuals.  Standardised tests aren’t going to be effective, as these candidates do not have standardised minds.

So, if you’re looking for candidates with a unique set of talents, each seeing things from totally different perspectives, bringing new ideas to the table… this is the power of neurodiversity! Get it right, and the rewards can be game changing! 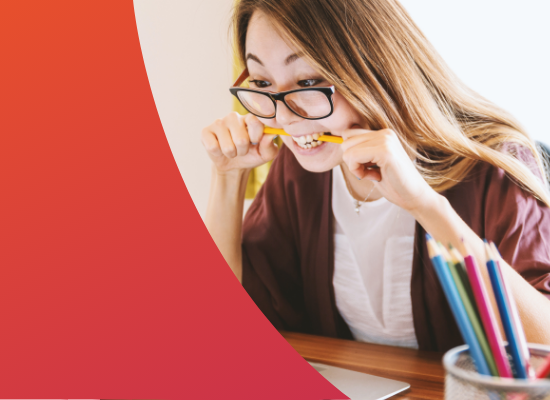 Insights
The Immediate Red Flags Turning Your Candidates Away Insights
The Lack of Diversity in the Legal Sector: A Discussion